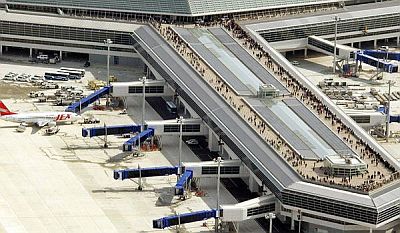 Centrair is classified as a first class airport and is the main international gateway for the Chubu region of Japan. The name “Centrair” is an abbreviation of Central Japan International Airport, also known locally as  Chubu Kokusai K?k? Kabushiki-gaisha. It is located near the city of Nagoya.

With over two million inhabitants, Nagoya is Japan’s fourth most populated city. It is the capital of Aichi Prefecture and the principal city of the Nobi plain, one of Honshu’s three large plains and metropolitan and industrial centers. The Toyota Motor Corporation maintains its headquarters just outside of Nagoya.